​Three years ago, Jana and her family were forced to leave everything they knew behind in Amran.

Since her father’s passing in 2020, Jana and her widowed mother live in Al-Suwaidan camp in Marib city – unable to return home and uncertain of what the future might hold.

After more than seven years of conflict and economic collapse, millions of displaced Yemenis like Jana and her mother are only a step away from famine. Please help us reach these families with life-saving aid. 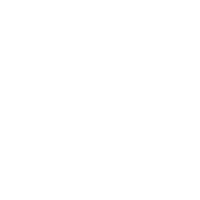 Seven years of fighting in Yemen have driven millions of people from their homes. As of April 2022, nearly 4.3 million internally displaced people in Yemen are at heightened risk of food insecurity as livelihoods have been lost to the combined effects of ceaseless violence and the COVID-19 pandemic. UNHCR is on the ground, helping families find shelter, essential supplies and healthcare. Public support is urgently needed to help us reach more people and save lives.

UNHCR is leading a coordinated effort across the region to protect Yemenis who have been forced to flee. This includes emergency relief and shelter for those escaping escalations in the conflict, and ongoing care such as education and healthcare.

Where are Yemeni families fleeing to?

Many families seek refuge in neighbouring countries, like Djibouti and Somalia. But conditions in the surrounding region are so poor that many others stay within Yemen – despite the conflict and risk.

Why are people starving in Yemen?

Yemen has always been one of the poorest countries in the Middle East. But the impact of war and currency collapse have brought the country to its knees and pushed millions of families to the brink of starvation.

With rampant inflation and few livelihood opportunities, families can no longer afford basic meals. To put food on the table, many displaced families are selling off belongings, pulling children out of school and sending them to work, begging on the streets, or eating just once a day.

Sharp increases in global food and fuel prices have produced dire consequences for Yemenis. In Yemen, the price hikes are a direct threat to the lives of families displaced during seven years of conflict. While the recent truce opened a window to deliver more humanitarian aid, pressures on the fragile economy are getting worse. Yemen imports 90% of its food, with over 30% of its wheat coming from Ukraine. Displaced families are going hungry and face a daily battle to survive, and now the war in Ukraine could see already high prices rise further – making even basics like bread unaffordable to many.

Where in the country is UNHCR working?

We have teams on the ground across Yemen, reaching vulnerable families in all 20 governorates affected by the conflict. We are helping displaced Yemenis as well as refugees who flee into Yemen to escape neighbouring conflicts.

What kind of relief is UNHCR providing?

We’re providing families with emergency shelter, special kits to help them repair bomb damage and cash assistance to help them access food and medicine. In addition, we’re supplying mattresses, blankets, sleeping mats, kitchen sets, buckets and more to those who’ve lost everything in the war.

Yemen Operations and Situation Portal – for latest updates on the crisis overall, including UNHCR situation reports, funding requirements and UNHCR’s support for countries taking in refugees from Yemen.

How can I help?

Did you know that Yemen is also sheltering almost 100,000 refugees and asylum seekers? After their father was killed in fighting, Muna and Sakina fled with their remaining family.

Now they’re living in the Dharwan settlement outside Yemen’s capital, Sana’a, where conditions are basic and overcrowded.

Thanks to UNHCR and our donors, the family has been provided with emergency shelter and other essential items, so they can survive through the months ahead.